Ford Transit EGR(AGR) and DPF OFF

You can use this database to find Visteon ECU files for Ford Transit. EGR(AGR) and DPF are removed if those options provided in a unit. You’ll find versions of files with correctly removed EGR valve and/or diesel particulate filter (DPF/FAP – if it is equipped in a car) in this database.

All ECU files for Ford Transit are tuned according to Stage 1 standard.

Power is increased from 15% to 25% for all files. It depends on original engine configuration. Because the same 2.2TDCI can be 85 hp as well as 130 hp – it depends on software number.

ECU tuning files are for each software in the database as well as original ECU files. Remapped files are combined with Ford transit EGR and DPF off.

The database is packed in archive 56.4 Mb(.rar format). Unpack the archive after downloading. 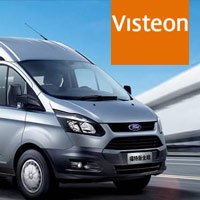